MY LIFE AND TIMES 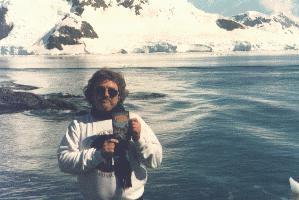 I was blessed, or cursed, with the knowledge that I wanted to be a writer at the age of five. The light bulb winked on one early evening while I was perched on my father's knee. He was reading The Raven to me. My father had a rich voice, perfectly pitched for Poe. Although I didn't understand most of the words, their sounds and rhythms swept me away to other worlds. The feelings I experienced were so intense and pleasurable I determined right then that I wanted to make other people feel the same way. I decided when I grew up I'd be an author like Poe. And from that moment on I made a point of observing everything closely for future reference.

That's the story I usually tell interviewers and it's served me well.

The tale is even true, which always helps. However, I usually leave out the next part - which occurred around the same time. There was a classical music station on the radio one evening and I heard a marvelous violin solo. I have no idea who was playing, but the feelings the violin music stirred up were as strong as Poe's poetry. And so I decided to become a violinist for much the same reasons that attracted me to writing. My parents had different ideas. They thought I had no talent at music and didn't want to suffer years of squawking strings - a la' Jack Benny. I persisted. They compromised by getting me an accordion. But The Beer Barrel Polka was not what the Irish kid had in mind. As soon as I could I traded the oomp-pah-pah for pen and paper.

The world of music, I'm sure, was saved a great deal of noisy bother.

I was born in Philadelphia in the middle of World War II. But although most of my relatives still live in that general area, I've never spent more than a few weeks at a time in the "City Of Brotherly Love." My parents were restless people, as nomadic as America's earliest settlers. We moved so frequently that for the first six months of my life my crib was a series of hotel bureau drawers. By the time I was in the first grade I'd crossed the country several times by plane, train and car. Shortly after the outbreak of the Korean War, my father was recruited by the CIA (out of the submarine service) and my parents got the chance to wander to their hearts' content.

We left the U.S. when I was seven and except for a few trips home between assignments I lived abroad until my junior year in high school. We roamed Europe, the Middle East and the Far East - wherever the drums of the Cold War played the loudest. I loved every minute of it, soaking up all the sensations and details I could for that grand day I was certain would come when I could write it all down for those poor people who lived (I believed) such dull lives at home.

I saw the pyramids, the glories of ancient Greece and Rome. Was stunned by the art at the Louvre and the magnificence of Sistine Chapel. I roamed the bazaars of Istanbul, Beirut, Nicosia, and Tripoli. I marveled at the great statues of Buddha, learned Judo from an Okinawan master, and was taught the beauty of the tea ceremony by Geishas who had voices like bells.

What writer could ask for more?

The most influential period of my life was spent in Cyprus - the island that is the ancient military key to the eastern Mediterranean. Then, as now, Cyprus was a hotbed of spies and conspiracies. It was a delicious place for an adventurous boy. More importantly, it was in Cyprus that my love for writing and language was given its greatest boost. I lived in a village, the only American for many miles. Sometimes I rode a camel to school, bribing an old Turk with a shilling to let me perch on its hump as he made his way to market in Nicosia. I had a Cypriot teacher - Jim Demedrakis - who introduced me to my western cultural roots. I roamed the island with him, staying at remote villages and monasteries. When we talked about Socrates and Aphrodite they seemed quite close in that setting - as if they'd only passed that way a month or so before.

It was Jim who introduced me to Shakespeare. I remember the moment as clearly as if it were yesterday. We were in his small apartment - which had a balcony overlooking a narrow street in Nicosia filled with ox-drawn wagons and gypsy children driving flocks of geese to the bazaar. Jim handed me a battered copy of the Tempest, placed a recording of the play on his wind-up Victrola, cranked it up and turned it on. As I read and listened to those events on that mystic isle - an island many believe was Cyprus itself - the exotic sounds and scents from the street below breathed magical life and meaning into the Master's words that remain with me to this day.

I was fortunate to have Jim as a teacher. I owe him much. It's a debt I will never be able to repay - he was killed three years later by a terrorist bomb.

My father's term with the CIA ended in my junior year in high school. We settled in California. Difficult times kept me away from my dream for a time. I became a chef, working in some of the finest restaurants in Los Angeles. Still, I wrote every chance I could get. Then the day came when I was able to quit the restaurant business and become a journalist. I took a massive cut in pay, but it was worth it.

I was newsman for fourteen years, nearly getting lost in that field because I found the adrenaline rush so addictive. Besides, I told myself, that's how Hemingway began. I wrote the very first story on the Manson murders. Had the pleasure of righting wrongs and sending public servants who'd gone bad to jail, or at least into humiliating retirement. Finally, I realized I'd better get busy on my true goal.

I teamed up with Chris Bunch, a remarkable writer whom I'd first met in my senior year at high school. It took three years writing thirty-five hours a week to break in. At the same time, I held down a prestigious full-time job as the national news editor of a major LA daily.

Then it happened. The Gods of Writing smiled and in the summer of 1979 we sold the first novel - Sten - and first teleplay - Quincy - in the same month. I quit my job and became a full-time freelance writer.

I never looked back.

Hollywood pays extremely well. Books, unless you are an instant success, take time to reach the point where you can make a living solely on their royalties. So Chris and I used Hollywood to fund the books, selling more than one hundred screenplays - and writing the Sten series in our spare time. Each Sten did better than the last until they became best sellers. Then in 1987 the Vietnam novel - A Reckoning For Kings - appeared to wide acclaim. From that time on we were able to gradually wean ourselves from all that Hollywood gold.

Eventually, Chris and I broke up the band, as they say, and took out on our acts solo. For those who are interested in such things, I'm married to his sister, Kathryn, a remarkable woman in every way, especially as a source of strength and inspiration for a writer.

Now my books are published all over the world - in many of the lands I visited when I was a boy. As a CIA brat, I'm particularly pleased that the Sten series topped the best-seller list in Russia for two years straight. My old spook father must be laughing in his grave to see what his son is up to in the land of his former enemies.

I've lived or visited more than three dozen countries in my life - attending 32 schools in the process. I've set foot on every continent except one - and that's Australia, not Antarctica. Kathryn made me a present of that continent in 1989. We traveled to Antarctica with a scientific expedition, visiting all the major weather stations and landing on wild, icy shores in small boats. It was one of the great experiences of my life - like walking on the moon. Those who have read The Warrior Returns - the last book in the four-part Voyages Of The Anteros - saw how I used that experience.

Still, I want more. Fortunately, I can live where I want and write what I want. My only requirements are a power source and a fax-modem line. We left LA in 1993 and spent several years living in small towns, such as Illwaco, Washington and on a friend’s ranch outside Truth Or Consequences, New Mexico. I'm currently living in Boca Raton, Florida, where the view from my window consists of verdant trees and a broad canal teeming with fish. I completed the last book of the Timura trilogy, here - The Gods Awaken - along with a book based on my years as a CIA brat: Lucky In Cyprus: A True Story About A Boy,/ A Teacher, An Earthquake,/ Some Terrorists And The CIA.

Ill health has put a crimp in our travel plans of late. There was a series of heart attacks, strokes a bout with cancer and a broken hip. Thanks to Kathryn I not only weathered that spate of misfortune but continued pouring out a spate of books, ranging from the autobiographical "My Hollywood MisAdventrues" and "Tales Of The Blue Meanie," but several novels including S.O.S., a tale based on stories my grandfather told me about Uboat attacks on the Florida coast in 1942. I also added to the Sten series, with Sten And The Mutineers and Sten And The Pirate Queen.

Now that my health had improved we're looking forward to new adventures in travel. The jury is still out on what we'll do next.

There was a popular song when I was a child called "Far Away Places." One of the lines went like this: "I'm going to China/Or maybe Siam..." Except I thought it was "...Ormebeziam."

I wanted to go to that country in the worst way. To me, Ormebeziam had to be the most remarkable place on the face of the earth to deserve such a name. When my parents wised me up it was worse than losing Santa Claus.

Still, deep in my heart, I believe that somewhere, someplace, that magical land called Ormebeziam exists. I'm determined to find it. And I promise when I get there I'll write. 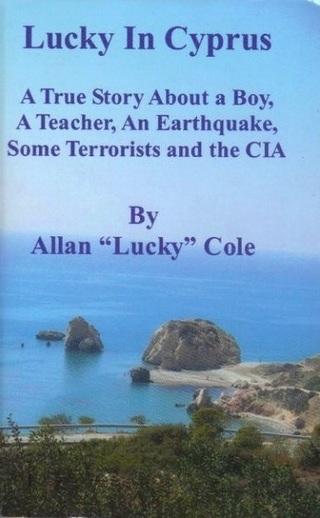